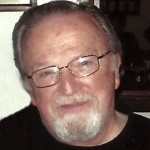 I’ve been spending some very enjoyable time emailing with my cousin, Dennis Fredrick lately, and the subject of Great Aunt Bertha Schumacher Hallgren’s journal came up again. That is all it takes for me to decide that I need to read it again. I can’t get over the draw that journal has on me. Every time I read it again, something more jumps out at me. Another little tidbit of her amazing personality, because you see, my Great Aunt Bertha was an amazing person. She had the ability to see things around her in a deeper and sometimes, different way than others. Her curious mind wondered about the events taking place, and their impact on the future. And she had a foresight that many people just don’t have. I love her vision.

I didn’t get very far…the first page, in fact…before something new jumped out. She was talking about the dislike many people have of history, and how few want to write about it, except when it comes to family history. I think that is probably because they feel somehow connected to the events of the past, when they think about the fact that their ancestors lived those events. She talked about the idea of people writing about family histories taking off, and becoming a vast project that connected many people. She mentioned that, if writing about family history ever became popular to a wide scale, future generations could read about them centuries from now. Sometimes, I wonder what she would think of her idea of family history studies on a wide scale, because that is exactly what we have these days. Maybe, she could see a bit into the future, and in her mind envision events that were going to come about, much like Jules Verne did with some of his writings.

She encourages people to add to with family history, the human side, because without it, the history becomes dry reading of statistics with no heart to it. Great Aunt Bertha felt that we were living in amazing times at the time of her journal, and while many people would think she meant the 1800s, she did not. She was talking about 1980. I lived through the 1980s, and I can’t say that I ever felt like they were anything so special, but

looking back now, I think about the man that many of us consider to be the greatest president we have ever had, Ronald Reagan. Those were days of recovery from the tense days of the 1970s and the big government we had then. They were days when taxes were cut, and government was limited, and things began to get better. The Cold War was winding down, and we saw the Berlin Wall come down at Reagan’s insistence. Thinking back I can see that Great Aunt Bertha was right. The 1980s were amazing days, but then so are many other times in our nation’s history. We just have to look at those days and realize that each generation has its greatness. That was the kind of thing my great aunt saw, but as I said, she saw deeper into a situation than most people saw, and she also saw the value of the insight she found by looking deeper.