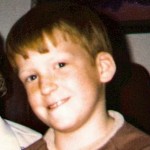 In the relatively short time that our family has really reconnected with our cousins on my dad’s side, I feel very blessed to have had the opportunity to get to know my cousin Shawn Fredrick. I have to say that his personality has been such a pleasant surprise. For some reason I always thought of Shawn as really shy and serious, but now I know that he has an amazing sense of humor, and a real talent for history, especially family history. I think that part is in his blood. His grandma, my Aunt Laura Spencer Fredrick, and his great uncle, my Uncle Bill Spencer, have been studying family history for a long time…as have his Uncle Dennis Fredrick, and his dad, Gene Fredrick, both of whom are my cousins, and of course, his older brother, Tim Fredrick. I’m sure that Shawn and Tim got into the history about the same time, with their dad’s interest in it, and he was helping Uncle Bill with copies, layouts, scanning, and researching. Nevertheless, once you start looking at family history, it is very easy to become additced to it…I should know.

I find, the more I get to know Shawn, that we think a lot alike…especially politically, which I love, but for the sake of my friends who disagree with me politically, I won’t go into now. Nevertheless, I think Shawn and I have a similar sense of humor too, because we also seem to find the same things funny. Shawn likes trivia, which is, in my opinion, a lot of fun too. I love to see what might have happened on a certain day in history, or even just learn about unusual facts. I think Shawn is a lot like that too, because of the things he posts on Facebook. I really like the way Shawn explains the things he is telling you about. He is very thorough, and when he is done telling you the story, you really feel like you know what was going on. Not everyone has the ability to tell a story in a way that makes you feel like you are there too.

I think both Shawn and Tim are very intelligent men, and both are very excellent computer programmers, but they both also love woodworking, which is another thing that is in their genes, through their dad, Gene, grandfather Fritz Fredrick, and great grandfather, Allen Luther Spencer, and probably other people on the Fredrick side of the family too. Their dad made beautiful dressers, desks, and cabinets, and taught them how to 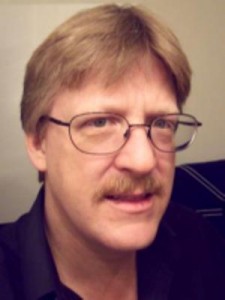 make them too. Still, I’m not sure that just anyone could learn that. I believe it takes a bit of inherited talent too. I am not sure that I could make anything that would look like it was anything much, and that is one area that Shawn and I differ greatly. Of course, not all of his projects are geared toward beauty, necessarily, some like the mirror that fell, are geared toward functionality, with a little humor mixed in, as you can see from Shawn’s comment about that project. “My mirror fell in the middle of the night and shattered so in the tradition of my father for sturdy building projects that never have to be fixed again, I just installed another one with drywall anchors rated at 60 pounds. Unless we have a 7.0 earthquake, it’s not coming down again in my lifetime” No, I’m sure it won’t Shawn. Like your brother said, “When Mt. Cheyenne suddenly and unexpectedly erupts and the pyroclastic flow brings down mirrors across the city, yours will be standing!” If you can pull that off, you are a great craftsman. Seriously though, Shawn is a very talented man, and I am proud to call him my cousin.