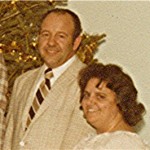 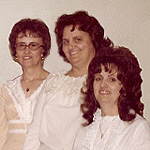 Over the years, my Aunt Dixie Richards has taken care of her grandchildren while her daughters and their husbands worked. Having done some babysitting for my kids, before and sometimes after school, I can attest to just how rewarding it is to play such an integral part in the upbringing of your grandchildren. It may not be that you are their disciplinarian or anything, but more than likely, their spoiler. Nevertheless, they will always know just how very much you love them. The relationship that develops from that time, that is so fleeting, will last a lifetime. I can’t think of another more amazing thing to do, aside maybe from raising your own children.

Aunt Dixie has the kind of heart that is perfect for caring for children. She has a gentle, loving spirit, and nurturing ways. It is easy to see that her grandchildren love her and their grandpa, my Uncle Jim dearly. They are very close to them, because they have spent time with them. That is a gift that not all grandchildren get to receive, and I find it very sad when they don’t, as do I’m sure, their grandparents, because grandparents know the value of being close to their grandchildren. Aunt Dixie has grandsons named Jacob Liegman, Gabe Williams, Gideon Williams, Noah Williams, and Jonah Williams (who lives in Heaven), but finally she was blessed with a granddaughter named Mayme Williams. Nevertheless, she loves each and every one of them.

Aunt Dixie was the eighth in a family in nine children, and because of the age difference between Aunt Dixie being born in 1943 and my Aunt Evelyn being born in 1928, the younger children were almost like a separate family. Add to that, the fact that the family had three daughters, a son, a daughter, a son, and three 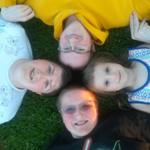 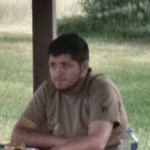 daughters, Aunt Dixie got to almost experience the middle child syndrome. I don’t think it was a negative thing back then, however. She was the middle of the younger three daughters. My mom, Collene Spencer was actually the middle child, being that girl between the two boys, but Aunt Dixie got to experience it a little bit too, as did Aunt Virginia, who was the middle of the older three daughters. It is an interesting position to be in, but not as interesting as being a grandmother, I’m sure. Today is Aunt Dixie’s birthday. Happy birthday Aunt Dixie!! Have a great day!! We love you!!