Anyone who knows much about Nazi Germany, knows that Adolf Hitler was insane. His hatred for the Jewish people was nothing less that insanity, because he had no valid reason to hate them. Nevertheless, the Holocaust did happen. Hitler did kill between five and six million Jews during his reign of terror. Many people thought that the Jews were the only target Hitler had too, but that wasn’t so. Hitler wanted to kill anyone who annoyed, inconvenienced, or even remotely bothered him. On this day, July 8, 1943, upon the German army’s invasion of Pskov, 180 miles from Leningrad, Russia, the chief of the German army general staff, General Franz Halder, records in his diary Hitler’s plans for Moscow and Leningrad: “To dispose fully of their population, which otherwise we shall have to feed during the winter.” Hitler planned to level both cities, or at least kill everyone in them, because he didn’t want to have to feed the prisoners during the long winter months! And for no other reason. Most armies at least set up prisoner of war camps, which while not terribly humane, gave some semblance of an attempt to be humane. I know that everyone complains about how the United States treats prisoners of war, but there really is no comparison, when you view the way Hitler and some other terrible dictators treat prisoners of war. Humane treatment is a pipe dream for prisoners of dictators. 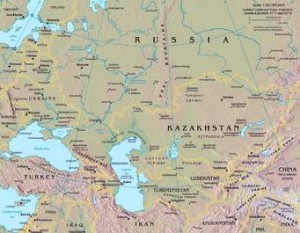 Hitler launched a massive invasion of the Soviet Union on June 22, with over 3 million men. He was highly successful, due in large part to a disorganized and unsuspecting Russian army. By July 8, they had captured 280,000 Soviet prisoners and almost 2,600 tanks were destroyed. The army was already a couple of hundred miles inside Soviet territory. Stalin was in a panic. He was so angry that he began executing generals who had failed to stop the invaders.

Halder, who was Hitler’s chief of staff, had been keeping a diary of the day-to-day decision making process. As time went on, Hitler became emboldened by his successes in Russia. Halder recorded that the “Fuhrer is firmly determined to level Moscow and Leningrad to the ground.” Halder also records the reality of Hitler’s underestimation of the Russian army’s numbers and the bitter fighting within Hitler’s own armies about strategy. Halder and some of the others wanted to make straight for the capital, Moscow. But Hitler wanted to meet up with Field Marshal Wilhelm Leeb’s army group, 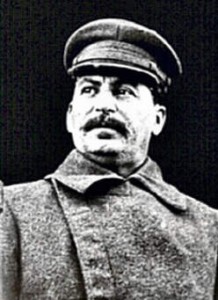 which was making its way toward Leningrad. And Hitler was, after all, in charge. But, the advantage Hitler had against the Soviets would not last very long. Winter was approaching and so was the advantage such conditions would give the Russians. The Russians were used to the severe Russian winters, and Hitler’s men were not. Like Napoleon before them, the Germans would soon find that they weren’t prepared for the Russian winter, and subsequent winters. And yet, Hitler thought he had learned from Napoleon. He ordered his troops to hold their ground. Which meant that during the Winter War, the German army was not able to pull back to more defensible positions. Consequently, the Russians were able to launch a series of counter-attacks during that first winter. These attacks cutoff some German forces, inflicted worse casualties than the Germans could inflict, but more importantly allowed the Russians to rebuild their army. The winter months proved to be just as detrimental for Hitler as they had for Napoleon. He was insane to even try such an attack.