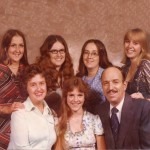 As little girls, my sisters and I would get very excited when our different grown cousins, aunts, or uncles would come over. Like all little kids, we would want to hang out with the adults, and tell them about everything we knew…or could dream up. I think this is as common among kids, as breathing is. Maybe it is about someone new to listen to your stories or maybe it’s that everyone in the household has already heard them, so they don’t want to listen again…or maybe it’s just that you like the person who has showed up. Whatever the reason, you just can’t seem to hold yourself back…or at least that was how it was when I was a kid.

Now, fast forward about 50 years. A couple of days ago, I had to take some groceries to my nieces house for my grandson’s graduation party, which she is graciously holding at her home for my daughter. I had called to let them know I was coming, and they were on a walk, so when I got there, I just waited in my car. Pretty quickly, two of my grand nephews, Xander and Isaac came running up to my car. They had run ahead, obviously excited that I was there. Xander is twelve now, and so was a little better able to contain his excitement, but Isaac being only eight, was not able to do so as easily. While Xander ran back to let his parents know I was there, Isaac decided that he could bring everything up to the porch. He proudly carried five bags at once, and the bags were up on the porch in no time.

After his parents got back to the house, we were inside talking, and the kids, including Zack and Aleesia, all 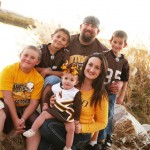 wanted to tell me or show me things. They were so excited to have me there. I was suddenly taken back those 50 plus years, to my own childhood, and I could so completely relate to how they were feeling. I could tell that their parents, Jenny and Steve Spethman, were thinking that they should stop the kids from chattering, but for me, it was really cute. I guess that it gave me a picture of what my sisters and I had looked like to our family members all those years ago. I don’t think they were ever irritated with us. They just knew that we loved them very much. As I recall, they always listened to our stories and made us feel like we belonged…never acting like we should just go play. I thought that now, I was that aunt that all the little ones were so excited to see and talk to. It made me smile, because it was such a special place to be.