Find Something To Laugh About 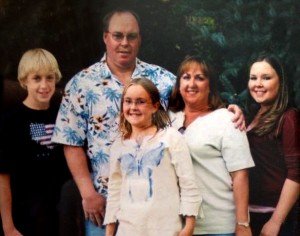 My brother-in-law, Mike Stevens has been in the oilfield business for many years. He is a hard working man, who is often quiet, and so people sometimes wonder if he is mad or just doesn’t like them. His kids boyfriends and girlfriends can attest to that, but nothing could be further from the truth, when it comes to Mike. Mike is a man who firmly believes that life should not be taken too seriously. He likes to laugh, and he likes to have those around him be happy too. One of his favorite things growing up and probably still today was to prank his sisters. I’m sure their house was one filled with laughter, as Mike scared, teased, and joked with his sisters. And of course, I’m equally sure that there was as much payback as the sisters to muster up, because as we all know, if you don’t pay it back, then they get to have all the fun.

When it comes to games, sports, and playing, Mike has never, and will never grow up. In the years that he and 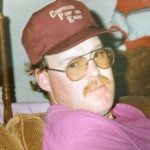 my sister Alena have been married, there has always been Family Game Night. Every week the family would play board games and eat fun food, as a way to connect with each other and build a great family bond. Sometimes, instead of board games, they would go play miniature golf or go to the video arcades. Mike just loves games. He loves the competition, but in a healthy way…never making it something to get mad about, win or lose. It was the perfect way to teach sportsmanship to the family. My niece, Michelle tells me that she and her brother, Garrett are both quite competitive, but because of game night, they have been able to learn sportsmanship too. They love winning, but it’s not the end of the world to lose either, because someone else got to win. Lacey, on the other hand, reminds me a lot of her dad, in her quiet mannerisms, and I think she is probably the least competitive of the bunch, or maybe as the youngest, she just figured she didn’t stand much of a chance, with all that competition going on at their house.

Mike played basketball in school, and several other sports, including baseball at different times, and he loves to watch sports. Mike is what you would have to call a sports fanatic, and if Alena didn’t like sports, she would be the proverbial sports widow, but she doesn’t seem to mind it either. Mike loves games…I guess you got that…and he doesn’t care if it is golf with the family, basketball of television, going to the video arcade, or playing his favorite phone game, which for now anyway is Poker. He doesn’t want to spend his whole like slaving away at his job, or feeling all depressed about the tougher parts of life. He likes to laugh, and he thinks everyone should find something in life to laugh about…every day. And, I for one, have to agree. I’m going to do that…find something to laugh about. Today is Mike’s birthday. Have a silly, laughing, happy birthday Mike!! We love you!!