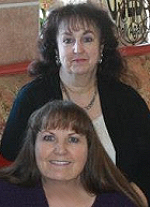 While going through our parents things the other day, we came across a note that I had written to my parents. The note, I don’t recall writing, but the event surrounding the need for the note, will be forever, vividly burned into my memory files. In fact, every time I think about it, and the possible outcome of that event, I cringe. It was no one’s fault really, it was just two intertwined moments that collided in a terrifying way. And I know that my parents reacted, as every parent would have to a potentially deadly situation. They yelled, and I was the target of their yelling. Looking back now, I totally understand why they yelled at me. It was because the whole thing scared them really badly, but had they known the facts that they couldn’t have known at that time, they might have reacted differently. I suppose that was why I wrote the letter. It just seemed very important to me to explain the full details, which they had missed. I felt like they needed to know that I wasn’t such a horribly mean person, who would do such a horrific thing.

I suppose I am getting ahead of myself here, so I’ll fill in the blanks for you. It was Christmas time, and around our family, that was one of the most special times of the year. We all loved Christmas. We loved everything from the shopping to the decorations. Which brings me to the whole problem. We not only loved the decorations, but we all felt like the Christmas lights needed to be turned on as much as possible. On this 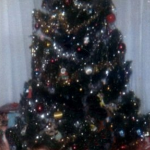 particular day, it was me who decided to turn on the Christmas lights, although it could have been anyone who found themselves in this unfortunate position. Our lights were plugged into an outlet that allowed us to simply flip a switch by the front door to turn on the Christmas lights on both tree and window. It required no crawling under the tree or behind the furniture to get to the outlet. Just flip the switch by the door. So that was what I did.

It was a totally normal thing to do, but the seconds that followed were anything but normal. Suddenly there was a flash, a sizzling sound, screaming, and a rush of activity. The lights were switched off, but the screaming continued. Unbeknownst to me, my older sister, Cheryl had decided at that very moment to stick her finger into one of the colored light bulbs that had somehow been broken, and as I flipped the switch, her finger proceeded to get a significant zap. I had no way of knowing she was sitting there behind the curtains, in front of the window, touching that light, and she had no way of knowing that I would pick that exact moment to turn on the lights. Nevertheless, that was exactly what happened.

I suppose that if it hadn’t been such a serious situation, my parents would have realized that I would never 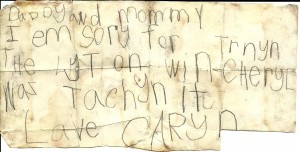 have purposely tried to electrocute my sister, whom I loved dearly, but in that moment who could think clearly. It happened, I flipped the switch, therefore, I got yelled at. As a parent, I know they were more scared than anything, but as a kid, I felt unjustifiably blamed. I guess I didn’t want to risk getting yelled at again, so I wrote the note to tell them that I really hadn’t done it on purpose. As I said, I don’t remember writing the note, and in looking at the spelling, I can tell you can tell I was pretty young, but I will never forget the moment when I almost electrocuted my sister, and I thank God that she was alright.