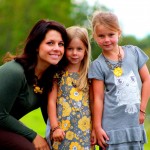 In years gone by, many mothers were also their children’s teacher. I suppose that when it is just the way things are done, you step up and do what you need to do. Back when families first headed out west, there were no schools and no teachers, and yet the children still needed an education. The one difference they had then was that many, and in fact most of those girls who went through school ended up with a teaching certificate. It made sense, when you think about it. Many people were heading west and schools were scarce, so parents needed to know how to teach, so kids could get a proper education.

Soon schools popped up in every town, and homeschooling began to move into the past…or at least not in the forefront of life anymore. I’m sure there were still homeschooling moms out there, but they were no longer the norm, or even slightly common. In fact, for a time, moms who homeschooled their children were considered odd, and maybe even fanatical. In reality, they were probably very sensible, capable, and yes, wise parents…and quite misunderstood.

As more parents began to disagree with the curriculum that was being taught to their children, homeschooling has been making a comeback. These days, not every mother received a teaching certificate when she graduated, but then, school is more advanced these days too. It isn’t that mothers these days can’t teach, it’s just that teaching is complicated these days and in order to be a good teacher for their children, most of these parents have to learn the lessons they teach, along with their children…or just hours before their children anyway. It is a big job, and one many people don’t feel like they can do. I suppose that is why people still put their kids on public schools, even if they don’t agree with the teachings. Many households need two incomes to make ends meet too, so homeschooling isn’t always an option. Nevertheless, I have a great deal of respect anyone who chooses to homeschool…mixed with understanding for parents who don’t.

I don’t know very many people who homeschool their children, in fact I can only think of two right now. One of those, my cousin, Elizabeth Nordquist is a first time homeschooler. She is the mother of two beautiful little girls, Addie and Meadow. I’m sure she is very capable, but she expressed feelings of jangled nerves too, at the first of the school year. It is a big task to take on, and one that the parents don’t step into lightly. Many people don’t always understand the reasons why this choice is made, and I’m sure that the reasons are as varied as 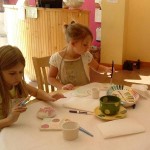 the parent and student. Some students just do better on a one to one basis, while others aren’t morning people and so that early schedule is tough. And for some families, it is totally the curriculum, and the many clashes between the family’s faith and the secular teachings that are so popular, and yet very often harmful to the students. Whatever the reason for the choice, it is up to the parents as to how their children should be educated, and I think is takes an amazing, and very special person to make the choice to educate their children themselves when the public school system disagrees with their own goals for their children. I also think that as time goes on and more people disagree with the secular views, we will have more homeschooling families out there. Sometimes getting your child’s necessary education is all up to you.