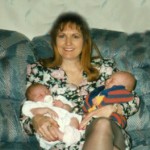 One Response to It Could Happen