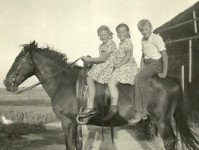 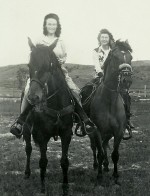 2 Responses to Horses And Dresses