Catching Up On Old Times 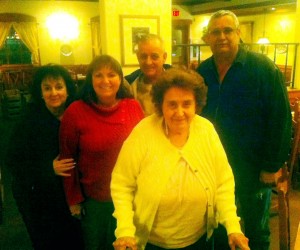 As we travel to Newport, Washington to attend my Uncle Jim’s funeral, we had the opportunity to get together with my cousins, George and Greg. We all had such a great time. We laughed about old times, especially times with our grandparents. Greg told us about the time he told Grandma that he had outgrown her ability to swat him, Elmer, and Forest with the broom. Of course, Grandma proved just how wrong he was, by promptly chasing him down and swatting him again. Grandma was 5 feet tall…in her tall days…so in all of Greg’s 6 feet plus, I’m sure he was quite shocked at her ability to handle him in his all grown up and tough teen aged years. We all had the opportunity to find out just how feisty our grandmother was, because like any kid, we all got into a certain amount of mischief and back talked with the best of them. I have never forgotten my own run ins with Grandma, and often look back and smile about them. Of course, it’s easy to smile about those days now that I’m not getting that spanking.

George told us about the time that Grandpa took him deer hunting, and his disappointment 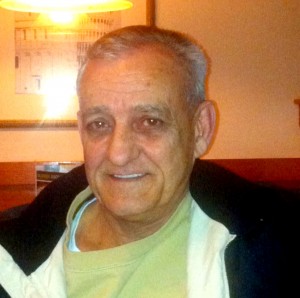 that it was not the all day trip he had hoped. George was surprised that Grandpa knew exactly where to find the deer, and unfortunately, that place was not in the mountains, which is where George loves to be, and Grandpa simply didn’t. In the end, they went to the plains and had their deer before noon. I’m sure George had pictured an all day adventure, hiking through the trees on a quest for the perfect buck. When it ended up being a simple matter of point and shoot, and the drive took longer than the actual hunting part of the trip, his boyhood dreams of adventure and the thrill of the hunt, were dashed. I could picture this little boy, with a picture in his head of being almost on safari, and then the disappointment of the whole thing being very boring and simple, and I felt sad for that little boy who was now my grown up cousin, because I could tell that the adventure had been very important to him at that time in his life, and Grandpa just didn’t realize it, and for his part, I believe George found himself in awe of the fact that Grandpa 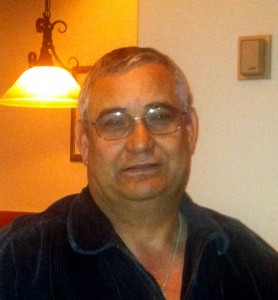 knew exactly what he was doing…even though in George’s mind, he was old and couldn’t possibly know what was going on in these modern days.

Our visit ended far too soon for all of us and I found myself wishing that we lived closer together so we could re-live those old memories more often. I love my cousins, and I don’t like the way we have all drifted apart. Time changes so many things, and in many ways it makes me sad that so much time has past. Once again, I find myself thankful for Facebook and the ability we now have to stay in touch over the miles. It has brought several branches of my family closer together.