As Cute As A Bug 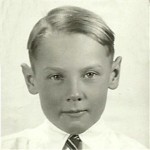 There is an old saying, “as snug as a bug in a rug.” Now I don’t know how long that saying has been around or if my father-in-law’s nickname came from that or not, but when he was a baby, they either switched that saying around, or made up their own, but he was “as cute as a bug.” That saying was used around him so long that somehow the nickname Bug eventually remained, and Bug he has been ever since. It’s funny sometimes, how these nicknames come about, and when you look back on them, you wonder why anyone would think that was cute, but on him it is nevertheless. And it has never changed. For all the years I have known and been in this family, his mom, sisters, and, brothers, called him Bug. When I asked why they called him that, they told me that he was as cute as a bug.

I can’t say that I have ever felt like bugs were cute, except maybe the Ladybug, but apparently either I was missing something, or they were cuter back then, or maybe it was just that boys thought they were cute, or great, or whatever. I suppose that for a boy, Bug would be a pretty good nickname…I mean, how many guys go by snake or something like that, and I have to tell you that I like Bug a whole lot better. Snake reminds me of somebody who might slit your throat in a gang fight, and I have to wonder how comfortable I would have been at 17 years of age, upon meeting my boyfriend’s dad and having him be introduced as Snake. Yikes, I don’t think so, and besides that, my father-in-law is not snake-like at all. He’s far too nice a guy for that. Of course, they didn’t introduce him as Bug either, but eventually the nickname came out.

Even though he has been Bug for as long as I have known him, my father-in-law would undoubtedly pass out if I ever called him that, and I can’t imagine doing it anyway. For one thing, since it was a nickname from his childhood, it seems better suited to childhood, and of course, for his family it was just as normal as calling my grandson Joshua, by his nickname, Josh, but if you didn’t start out using the nickname Bug by knowing him as a child, it might seem a little odd to start using it on him when he is your father-in-law, or at least that’s the way I see it. No, I’ll just have to leave that one for his brothers and sister, who will never get past calling him that anyway. You have to admit though, that he was as cute as a Bug!!