I was at the annual Fair Parade yesterday, and watching the crowd along with the parade. We were sitting in a group of my niece Jessi’s co-workers, who were kind enough to save us seats along with the rest of our group. They were all lovely people, and watching their children and grandchildren enjoy the parade and collecting candy was a lot of fun. As I was watching, one of the moms wanted to get a picture of her daughter, and as the camera came up, the little girl smiled and held up her treasurers, as if on demand. Once the picture was taken, the smile disappeared. The little girl was not angry, she just went back to her own thoughts, and the need for the smile on demand was obviously over.

Of course, we all smile when things are funny, or make us happy, but from the time we are little babies, we are being taught the smile on demand, for pictures, meeting people, or just to show that we are one big happy family. I don’t mean fake smiles, just parents wanting those great moments with their kids to be great. And kids love those moments too. Once the picture is taken, they want to see how good it turned out, and they love it when you show the picture around, or put it on Facebook.

When I think about the times when I have begged my daughters or grandchildren to smile, as babies or otherwise, for pictures or whatever, it almost makes me cringe. Mostly because as a young mother, I wanted everything about my babies to be perfect, and 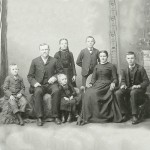 when they were fussy at picture time, especially when a photographer was involved, it was always a nightmare. Then when they got a little older, you could pretty much get a smile on demand, as with the little girl at the parade, and it seemed that all was right in my world again.

I would still take the forced smile on demand look over the tight lipped lack of smile pictures that seemed to by the normal when pictures first started being taken. It seems like all the old time pictures had tight lipped faces, which tells me that the people weren’t very happy. That was probably not the case, but rather just the way it was done back then.