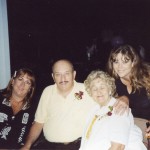 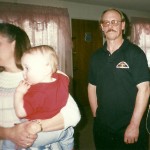 We have all had those kinds of pictures taken. You know the ones. The “Wait!!! I wasn’t ready…” moments. We take a look at them these days and say…”Delete that one!” or “That better not show up on Facebook!” Well, thankfully these days we can say that and no one but you and the picture taker ever see that awful picture, unless the taker refuses to get rid of the offending picture. In days gone by, however, when you couldn’t see what the picture looked like until it was developed, things were quite different.

When the pictures were picked up from the photo shop, often the whole family gathered around to take a look at them. Then it happened…you came up on a picture and said, “Oh my gosh!!! That’s awful!! Don’t show that one to anybody!!” The problem was, that not only had several people already seen it, but it was part of some event, such as a wedding or birthday party, and it was an important part, like cutting the cake, the wedding toast, or blowing out the candles!! So, you were stuck with everyone seeing it, because the moment could never be duplicated. All you could hope for was that someone else got a better shot than this one, so you could get a copy and pitch the offending picture in the trash…but, what was the likelihood of that happening. Pretty slim!!

I am very thankful that we have digital pictures now, because not only can you retake the moment when you see how awful the first shot was, but with the programs we now have, you can fix many of the simple problems. I have cropped the picture, so it isn’t all background, brightened and color corrected, cloned out problem areas…like that fly away hair, and placed eyes over eyelids so the person’s eyes weren’t closed. Most os the time, no one even knows I made the change, unless they saw the before picture that is. You can even place two people side by side, when they weren’t beside each other at all. It’s all pretty cool.

Yes, maybe it can eliminate some of the laughs we get over those awful pictures, but if you are like me, you save those too, because you never know when you might need a laugh. 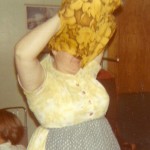 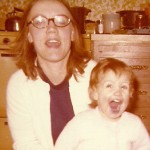 I’m not one to post those awful pictures on Facebook or even my blog without the person’s permission, but when they are old pictures, and very few people know who the person is, it’s not so bad. So, today my blog is dedicated to those “Wait!!! I wasn’t ready!!!” moments that we have all had, but thankfully were able to fix…and to those poor people of yesteryear who couldn’t.