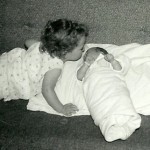 2 Responses to I Love You Too