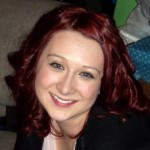 About 4 years ago, my nephew met the girl who would become his wife. Chelsea breezed into town, and stole his heart. It took about a minute. I don’t think Ryan could see straight for months. Love at first sight. A rare thing indeed, but it does happen, and it did happen with them.

Ryan was always somewhat shy, but Chelsea was able to bring him out of that shell. She completed him in a way that no one else could. They shared so many likes and dislikes, and both had a love for the outdoors. Chelsea would tell you that she is a girl who likes to do guy stuff and hang with the guys. And that’s ok too. It will serve to keep their marriage stronger if they like the same things. Going in the same direction is a good thing.

After a whirlwind courtship in which the two of them could hardly stand to be away from each other, they married in a beautiful ceremony in a chapel on Casper Mountain. It was a snowy day in April on the mountain, and that served to make the ceremony even more cozy in the warmth of the log cabin chapel. They were now complete…well almost.

One thing Chelsea had always wanted was children. She would say that she never really wanted to be anything else, but wife and mother…a good calling in my book. So, in due time, their little family would grow by one boy…Ethan. He was a wonderful little addition, and manages to keep us all in stitches with his funny little antics. And now, there will be another little addition…a girl, who is due in the 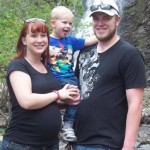 Fall. With that, their family will be complete.

Chelsea is a girl of many talents. One of the talents that I find particularly fascinating is jewelry making. She recently started her own business making jewelry, and she is quite good, as you will see if you click this link. sophisticatejewelry While she is just starting out, I expect that her business will be a big success.

Today is Chelsea’s birthday, and I hope it is a lovely day. Happy birthday Chelsea!! Love you!!