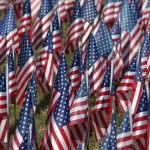 Tonight we received the news that Usama Bin Laden is dead. As I look back over the last decade, I am amazed at how much has changed. We are a different country than we were before this evil man came on the scene. Bin Laden was a man filled with hate. It was a hatred that was aimed at people of many nations and faiths. Basically this man was insane with his hatred.

With the attacks of September 11, 2001, came a global distrust of others. We were leery of people who looked similar to the 9-11 attackers. We were nervous about anything odd concerning our aircraft. We became untrusting of people of different beliefs and cultures. It had to be, because we had to protect ourselves.

It is a sad thing that people can become so consumed with hate…so possessed!! Usama Bin Laden had become a cancer in the world. And like all cancers the only solution to the problem is to kill it. He would never have stopped. His hatred was so huge that he spent his fortune to recruit people to carry out his evil plans. The world can breathe a collective sigh of relief at his death.

What is unfortunate is that there are others who will continue his hatred and terrorism. Our world has many cells of people who, like Bin Laden, hate Americans and all our allies. We have to continue to be strong in our resolve to rid our world of terrorists. We may never get rid of them, but with each one that is removed, we move the tiniest bit closer to a safer world.